London (UK), July 2017 - BAFTA-winning purposeful-games studio Preloaded is delighted that its latest project, V&A Secret Seekers, has launched at the Victoria and Albert Museum (V&A) in London. V&A Secret Seekers is a new mobile game designed for families; it was launched to coincide with the opening of the V&A Exhibition Road Quarter.

A permanent addition to the Museum's visitor offer, the game sees eight characters from the V&A's rich history - including founder Prince Albert - guide users on an exciting treasure hunt to uncover some of the Museum’s secrets. Through a series of quiz-based challenges, the game will help children and families discover little-known facts and features hidden in the collection.

The gameplay sees players move throughout the Museum, guided by the characters to uncover parts of the V&A they may not have noticed before, revealing interesting historical facts and trivia. Correct answers are rewarded with gems, which add up to unlock new Achievements as players explore. With over sixty challenges to complete, the game can be played for ten minutes or four hours, inviting repeat play over a number of visits. Designed in HTML5 to be enjoyed on any device, V&A Secret Seekers is best experienced on a smartphone or tablet while visiting the Museum, which has free wi-fi throughout.

"It's a real privilege to have created the V&A Secret Seekers game to mark the opening of the Museum's new entrance. The building has been at the heart of British innovation for over a century, constantly evolving to suit the needs of the community," said Ben Templeton, Associate Creative Director at Preloaded.

"Our aim was to help families feel at home by getting to know the V&A's nooks and crannies. We felt that this game is the perfect format, bringing museum characters to life and setting a challenge that gives players license to roam around the Museum. V&A Secret Seekers was a perfect partnership because the V&A believes everyone should have access to great design, and Preloaded knows that everyone likes to play."

The V&A Exhibition Road Quarter, which is featured in the new V&A Secret Seekers game, opened to the public on 30 June 2017. Taking six years to realise, the spaces create a beautiful and unique new civic space for London, and a world-class gallery for the V&A's internationally acclaimed exhibition programme. Designed by Stirling Prize-winning architect Amanda Levete and her practice AL_A, the new entrance on London's great cultural artery, Exhibition Road, connects the Museum with its neighbours, reinforcing the Albertopolis vision of intellectual ambition and innovation and creates a sequence of major new spaces that have been supported by the Heritage Lottery Fund.

Bryony Shepherd, Head of Interpretation at the V&A, said, "We are delighted to have partnered with Preloaded to create the new V&A Secret Seekers experience. With the opening of the V&A Exhibition Road Quarter, we have a new entrance to the Museum and a new way into its collections and story. The Museum has been on this site for 160 years, and since then it has created buildings to not only house the collections, but also to showcase inspiring design and architecture. With the Preloaded-designed game V&A Secret Seekers, we aim to make this rich history visible, encourage conversations between generations, and spark the imaginations of the next artists, designers, and architects by offering a fresh and exciting way to explore the Museum's story at first hand, through the phone in your pocket. Come and play at the V&A." 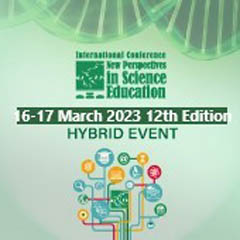