Ilkley (UK), April 2017 - Virtual College, a UK provider of online child-safeguarding learning, has marked reaching its 2.5 millionth learner by donating £5000 to the Dreamflight children’s charity. Dreamflight changes young lives by taking children with a serious illness or disability on the holiday of a lifetime to Orlando, Florida.

Once a year, 192 deserving children from all over the UK, accompanied by a team of medical carers, board a chartered Boeing 747 and head to Florida to spend ten magical days of fun and excitement.

The children leave their families behind, giving them an opportunity to discover independence, confidence, and a whole new outlook on life. Often for the first time, these children realise that they are not alone, and they are not the odd one out. They see children around them who have also suffered; they gain perspective and experience things they never thought possible.

Many children could not undertake such a trip without the support of the team of doctors, nurses, physiotherapists, and non-medical volunteers who care for the children 24 hours a day.

Rod Knox, CEO of Virtual College, was invited to Sheffield to see the world premiere of the local group’s Dreamflight 2016 movie and to meet all the children who had a fantastic holiday last October.

Presenting the donation to Patricia Pearce MBE, founder of the Dreamflight Charity, Rod commented, "Pat and the Dreamflight team do an amazing job each year. The sheer scale of the logistics involved in making it happen is quite daunting and must be such hard work."

"Having met some of the children and, seen in the movie how they develop and gain confidence in just ten days, it’s a truly magical experience. It really changes everyone’s life for the better."

Dreamflight’s Patricia Pearce remarked, "The total cost of the Dreamflight trip each year is in the region of £900,000, which breaks down to approximately £3,500 per child. Dreamflight is funded solely by voluntary contributions, and the Virtual College’s kind donation will help our dream continue." 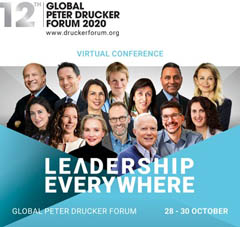